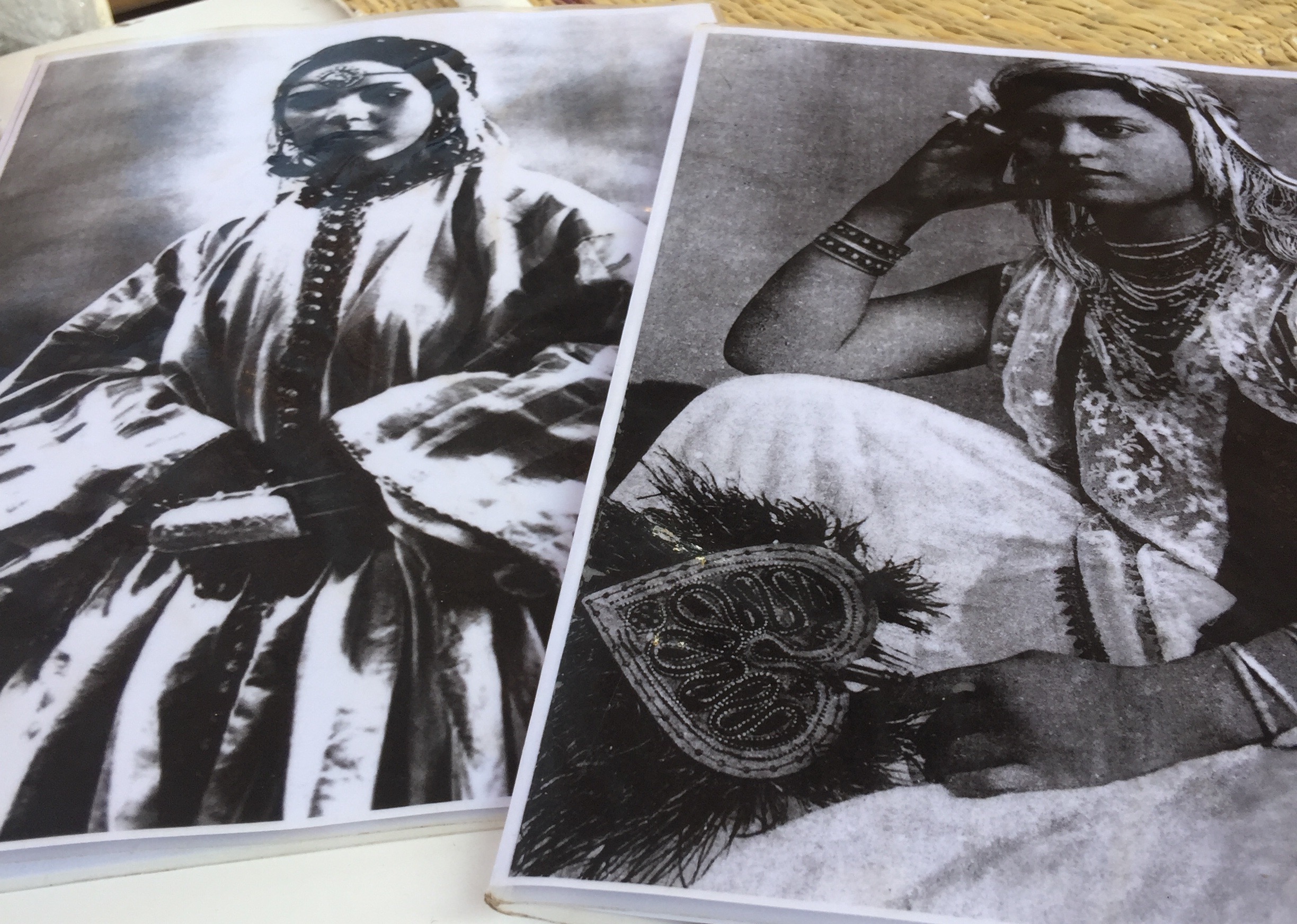 An Ancient People Hidden in Plain Sight: The Amazigh

If there’s one thing I learned from Morocco, it is nothing like how you expect it to be. I went to Morocco with the expectations of being surrounded by Arab culture that included a love for belly dancing and smoking hookah. Nopeeeeee! You can find hookah bars and belly dancers in nightclubs and restaurants especially the ones that cater to tourists but culturally Moroccans see hookah and belly dancing as “shuma” or shameful things that the average Moroccan would not partake in while being with family for example. Also, belly dancing is considered quite sexy and provocative there which is why you won’t see belly dancers at events like traditional weddings there and from what I’ve seen being a belly dancer has a similar reputation to being a stripper or go-go dancer in the west. Well to not shut down your 1001 Arabian night vibe completely, yes ethnically Moroccans are Arab or part Arab because they’re a Mestizo people like us Latinos in the Americas. But the large part of the Moroccan genetic identity proceeds the time of the spread of Islam by the Umayyad Caliphate from the Arabian Peninsula. The original inhabitants of not just Morocco but all North Africa are a people that if you never heard of before you’ll now see as an ancient people hidden in plain sight…They are known as the “Free people” or the Amazigh.

Now that I have the attention of those of you Game of Thrones fans, let me be clear that the Amazigh don’t live “beyond the wall.” They are everywhere in Morocco, Algeria, and Tunisia predominantly. They are the founding people of North Africa and their mixing with the Arabs that attempted to take over, Jewish people that migrated from the Middle East, and the European neighbors that moved south have made the genetic makeup of the average Moroccan beautifully diverse. Even in the official spoken language of Morocco you can see how the mixing of cultures has affected them. The Arabic dialect spoken across North Africa and broken up into even small regional accents and distinctions within each of those countries is so different from the Arabian Peninsula because of the mixing in of languages from the different Amazigh peoples along with parts of Spanish and French vocabulary. Tamazight and Tashelheet are the two main dialects spoken by the Amazighi across Morocco and they account for the linguistic reason that the use of vowels is shortened in Moroccan Arabic when they are typically stronger in Standard Arabic.

While this is not the end-all-be-all of Amazigh history, the purpose of this article is to inspire the reader to learn about a culture and people that are traditionally overlooked globally. Our aim to get you familiar with the diverse cultures that live and have mixed in Morocco and expand your understanding of Morocco as a multi-cultural and multi-ethnic melting pot. To wrap up this brief introduction of Amazighi culture, I’ll leave you with 5 fun facts that you probably didn’t know about Amazighi people in Morocco.

This might seem strange to some as on the outside seeing how intertwined Arab and Islamic cultural norms are with Amazighi culture, you’d expect the traditional matriarchal customs would be phased out. But from what I’ve seen in rural villages, on the surface it seems the husband or the men in general have the official positions and places of power….but behind closed doors, they are consulting their wives and are just as bound to social norms and customs to protect, provide and take care of their wives and daughters and the females are bound to nurture, raise the youth and take care of all private matters in the home. It is pretty badass to sit around a room of strong, vocal Amazigh women as they decide what they want their men to discuss and stand for in their own circles for the community. I very much enjoyed being able to observe that.

This really explains their name..Tried as they may, the Muslim crusaders from the Arabian Peninsula and any other foreign invaders were never able to defeat the Amazigh in open battle. The Arabization of the country came through the adoption of Islam by the Amazigh who previously mostly pagan until that point and the eventual intermixing of Amazighi and Arab peoples living side by side across North Africa.

This is my favorite aspect of Amazighi culture and honestly I think is a physical way to express how badass these strong women are. It is very interesting that facial tattoos and tattoos in general are a forbidden practice in Islam. But somehow in the adoption of Islam by the Amazighi and the development of Moroccan identity, this practice has survived to this day. The symbols are often measures of rites of passages in a woman’s life or connect to a value they want to embody or can be protective talismans. The meanings and symbols are varied and unique to the individual often but there are a few symbols (among others) that you can often see like the Khamsa, which protects against the evil eye; diamond shapes which often represent protection of one’s personal space; the seed which represents fertility, and the lizard represents rebirth and light.

Its fascinating to me being raised with two languages, to be introduced to two languages that for the most part are only spoken. Moroccan Arabic can be seen written in signs from time to time but it is not a written language. As for Tamazight and Tashelheet, two Amazigh dialects that majorly proceed Moroccan Arabic, its incredible to me that an official alphabet was only decided and recognized nationally in the 1990’s by Amazighi Nationalists trying to bring validation to their overlooked culture which is often overshadowed by the history of Arabization of Morocco and to be recognized internationally as an official language. It speaks volumes to me the power and resiliency of a culture who’s language is the bedrock of a nation and has been continued to be spoken in spite of not being recognized until the 1990’s.

Historically, they have been misnamed by Europeans because they considered them a barbaric and uncivilized culture. The word “Berber” comes from the French for barbarian or barbare. While the average Moroccan and Amazighi person will acknowledge the word Berber or refer to themselves as Berbers, there are some Amazighi that find the term offensive and do not like to be called that. I recommend not using that reference as it is full of historically demeaning power and I cannot tell you how valued someone is made to feel until you acknowledge their real cultural name and give it the respect and power they deserve.

Personally, I have loved being able to learn about this ethnic group and their contributions to the collective Moroccan identity. Both my host families were Amazighi-Moroccans (though at this point I’m sure the average Moroccan is probably somewhat Amazighi from the blending of tribes and families over centuries). They were my first introduction to the traditions and customs that make their Moroccan identities so unique to their history and explain how different they are from their cousins in the rest of the Arab world. In that sense, as a bi-cultural Latina raised in NYC, I feel a very compelling sense of comradery towards this fellow mestizo culture. Its easy for me to find the parallels in our identities in spite of our different histories, geographies, realities- you name it. Because what my own experience as a first generation American with proud ethnic roots to the Caribbean and South America, seeing the beauty, magic, and perseverance of this ancient culture that has accepted any newcomer and new identity that chooses to mix in with their own; it proves to me one thing. We are all better together and embracing a new custom or language or traditions only enhances a culture, it does not destroy it.

If you enjoyed dipping your toes, into this incredibly rich culture that makes up a huge part of Morocco and North Africa, please let us know in the comments below if you’d like us to feature more posts on the Amazigh or if you are Amazigh let us know what you wish more people knew about your amazing culture! For more information on our incredible tours, click here: Morocco beauty tours running from April through May 2019 and consider joining us to learn more about this inspiring culture firsthand.

A Foreigner’s Take On Dressing Appropriately During Ramadan

Journey to Mexico: The Purification of the Ancient Temezcal

You're a wisdom seeker, I can tell! I can tell bec

How can we move from ignorance into intentionality

As a beauty entrepreneur, executive, journalist an

Whether you’re a seasoned local or a wide-eyed t