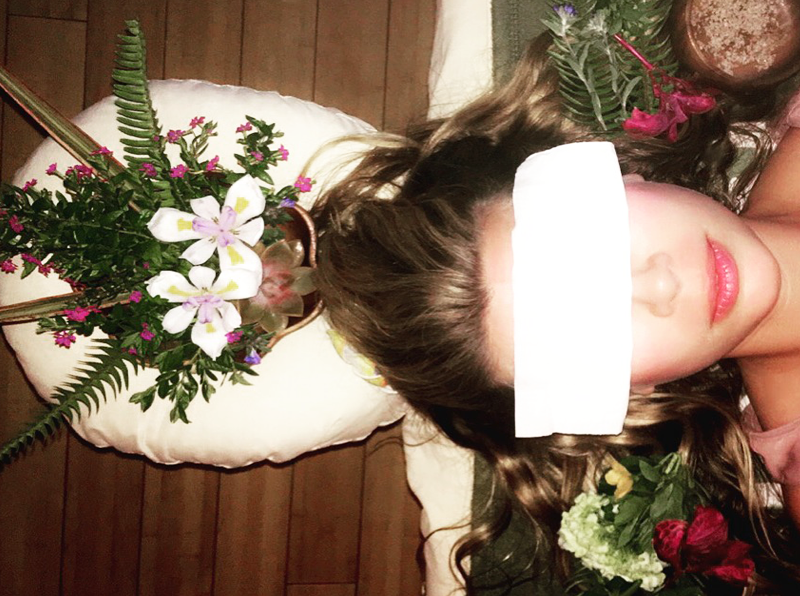 Known for their picturesque landscapes, clear oceans and beautiful island sunsets, Maui is one of those destinations that we all dream about visiting. After all, there’s a reason why folks refer to it as “paradise.” From its beaches to the laidback Aloha life, I knew Maui would leave us breathless in regards to its natural beauty. But discovering an ancient healing practice was the true highlight of our trip. A long tradition across Polynesia and the South Pacific is the Hawaiian massage called, Lomi Lomi.

The massage is said to be one of the oldest and most powerful forms of healing known to activate the inner flow. It also plays a huge role in traditional Hawaiian medicine. Lomi means to rub and to soothe.  Today the Lomilomi is used to describe a massage therapist. The massage is given in long, flowing strokes that resembles wavelike patterns, said to cleanse and heal though physical and mental energy.  It is a sacred form of bodywork that is said to connect us to our inner spirit and promote our overall well-being.

I had the pleasure of visiting the Ho”mana Spa Maui , to receive an authentic experience of the Lomi Lomi and the Hawaiian culture.  What I loved about this spa was how directly connected the owner is to her Hawaiian lineage. She has dedicated her life to studying the healing arts. I briefly met her as she led a class on back walking, and with a simple smile greeted us to enjoy the peaceful atmosphere of where her spa is located.

The spa is surrounded by small gardens of flowers, lavender, Ti leafs and stone offerings that give respect to their ancestors. Hawaiians believe everything is alive. That aina ( earth in Hawaiian) is always breathing. Living on the land is about nurturing and respect. Communicating with the land to have a deeper soul connection came natural to me. But in Hawaii that’s a way of life for all.

Everything about the Lomi Lomi is sacred, from the words spoken to the gentle yet firm touch that moves the energy through the body. The therapist started with a healing prayer in the native language then started to chant over the body. Hearing her call in the spirits was one of my favorite parts of the ritual. She then went on to do the massage which lasted up to an hour. I literally felt her hands make their way to every inch of my body. It felt so good, I didn’t want her to ever stop. I could also smell the oils infused from the local plants I had spotted earlier from garden.

One of my favorite ingredients was the Kukui nut, which is Hawaii’s most popular tropical nut oil. It’s known to clear the energy of a space and great for the skin and hair.  I could smell the passion fruit mixed with lemongrass used to create a calming energy. She applied hot lava stones to my feet and then repeated another chant closing the healing ceremony.

The Lomi Lomi is more than a massage; it’s truly a cleansing of the mind, body and spirit. At the Ho’omana Spa they offer all different levels of massage to choose from. I always suggest the signature Lomi Lomi, which also includes a scalp treatment (60 minutes $109.00) but they vary from using lava stones to more advanced techniques. It’s really up to you.

If you’re interested in learning more about the Lomi Lomi massage, you can even learn from the founder herself. She teaches workshops around the globe to inspire others through the ancient practice of the Lomi. Her vision for this spa is taking old practices to modern days. The spa’s universal mission is to heal.

Whats the most spiritual massage you’ve done? Book your flight to Maui ASAP for the real deal!